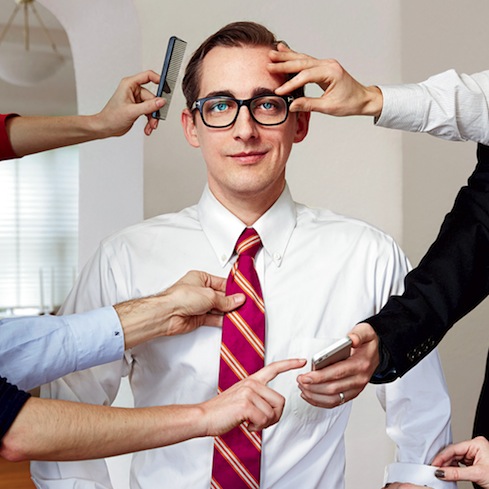 Wired.com recently published an article about Mike Merrill, a man who sold shares in himself in exchange for a cut of his future earnings and for the right to make decisions about his life — that is to say, the shares were voting shares.

The story recounts some entertaining/troubling consequences. For example, when Merrill brought the question of whether to have a vasectomy to his shareholders, his girlfriend became apoplectic. In another instance, one of the biggest shareholders, who didn’t know Merrill personally, successfully pushed him to try a regimented and inconvenient polyphasic sleep schedule. His girlfriend objected, but Merrill felt beholden to his shareholders and carried on anyway. She left him.

The piece’s point (if there is one other than amusement) apparently is to reveal what works for companies doesn’t necessarily work for individuals. But reading it, I was struck by the opposite thought: the problems of Merrill’s system are identical to the problems of real publicly traded companies.

Shareholder interests regularly differ from the interests of employees, customers, and other stakeholders (Merrill’s girlfriend, by analogy here), and shareholders often prevail. The presence of absentee owners creates another conflict of interest (on top of conflicts between management and employees), upping the chance that someone – usually the (relatively powerless) employees, customers, or the public – will get screwed.

This dynamic is so dominant that these latter groups are, in general, permanently, systemically and ubiquitously screwed across the US, which, some argue, is the core reason for our country’s dramatic inequality.

The only difference between public corporations and Mike Merrill is that we’ve come to accept the consequences of absentee ownership as “normal” in the context of publicly traded companies, so we’re blind to their pathologies. When the same thing happens in an unusual context, it’s easy to see what’s wrong with it.

Any dysfunction can seem perfectly normal if we’re sufficiently used to it. But that doesn’t mean the world wouldn’t be a much better place if we woke up to the problem and fixed it.