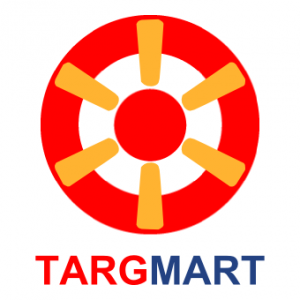 Editor’s Note: this isn’t the first time a convergence between Walmart and Target has been noted. Some time ago we learned that there’s little difference in the way the two companies treat their workers, despite popular perceptions to the contrary.

First published in the Washington Post
By Katherine Boyle, on Oct 23, 2012

Along interstate highways and in suburban town centers, sometimes separated by nothing more than parking lots, stand the warring titans of modern retail, shilling flat-screen televisions next to fortified milk.

Here, they battle for the heart and wallet of the American shopper. And your allegiance is as telling as your taste in cable news or the contents of your Netflix queue: Are you cloaked in Target’s bull’s-eye red or Wal-Mart’s royal blue?

“I don’t like Wal-Mart,” said Nadirah Moreland, 39, in the shoe aisle of the Columbia Heights Target. She says Target is “kinder, gentler. They don’t aggressively usurp mom-and-pop stores like Wal-Mart does.”

“I’ve been to a Target once,” said Vanessa Cruz, 29, while perusing children’s clothes at a Wal-Mart in Fairfax. “Target has beautiful stuff, but I don’t go there. The prices are different. Wal-Mart is cheaper, and they have everything.”

Each has its loyalists — and no wonder. The stores market vastly different versions of American exceptionalism: Wal-Mart champions efficiency, thrift. Target offers style, aspiration. Wal-Mart gives us low prices on everything we need; Target tells us what we want.

Yet the companies have much in common. “The remarkable thing,” said Charles Fishman, author of “The Wal-Mart Effect,” “is that 80 percent of the stuff in Target and Wal-Mart is identical.” The prices are often identical, too. The most recent comparison by Bloomberg Businessweek found only a 46-cent difference between the two retailers per $100 of purchases. (You’ll save that 46 cents at Target, although Wal-Mart usually wins independent price comparisons.)

Target and Wal-Mart are, in short, the fraternal twins of American retail — sharing much of the same DNA, yet strikingly different.

Four stores and 50 years ago, in a coincidence that looks prophetic only in hindsight, Pax Americana gave birth to discount shopping, with Target, Wal-Mart, Kmart and Kohl’s all sprouting up in America’s heartland. The economy was booming and the concept, ingenious: Replace seasonal sales by selling discounted goods year-round. The retail revolution came before the civic one, with a growing middle class lapping up toasters and Tide for cheap, cheap, cheap. Discounters catered to the haves and have-mores, anticipating — and cultivating — the have-it-now culture that characterizes modern consumerism.

For Wal-Mart and Target, success was born of the Southern and Midwestern values championed by their respective founders. Sam Walton couldn’t have known his discounter would one day become the world’s largest private employer. And the brothers Dayton wouldn’t have guessed that Target would democratize design for an entire country.

Instead, they possessed an intuitive sense of what drives every customer, characterized by Natalie Gutierrez, 30, as she browsed ottomans in the Columbia Heights Target a few Sundays ago. “I already have everything I need,” Gutierrez said. “But I always like to come in and see if there’s something I may want.”

In 1962, the Dayton Co. opened its first Target store at 1515 W. County Rd. B in Roseville, Minn. The five grandsons of company founder George Dayton hatched the idea for an upscale discount chain based on their existing low-priced Downstairs Store.

“What made them so successful is that they’ve been very clever at executing on their core mandate: They are the upscale discounter,” said Laura Rowley, author of “On Target: How the World’s Hottest Retailer Hit a Bull’s-Eye.” “Bruce Dayton used that language in 1962. The family understood the department store model and made investments in customer service.”

And even at inception, customers responded to Target’s friendly and modern atmosphere. “Doug Dayton first heard it called ‘tar-JAY’ in 1962,” Rowley said. The tongue-in-cheek French pronunciation would stick and further the store’s cheap-chic ethos.

A few months later, Sam Walton left behind his Ben Franklin five-and-dime franchises to start Wal-Mart Discount City at 719 Walnut Ave. in Rogers, Ark. In the beginning, Walton was relatively cautious while scouting future sites, hopping into a glorified crop duster to survey small towns in the rural South. Wal-Mart wouldn’t grow with its trademark ferocity until the ’70s and ’80s.

“He was paying attention to places where nobody else was,” said Alan Dranow, senior director for heritage and marketing at Wal-Mart. “Everyone thought you had to go to urban areas or towns of 50,000. Sam said, ‘I disagree.’ He wanted to serve the underserved. So Wal-Mart grew in rural areas before everyone knew what was happening.”

What was it about 1962? Was it the housewives? The novelty of suburban shopping? This seemingly idyllic age would end soon after the consumer carnival began, with the first of the ’60s assassinations and the Vietnam War looming. Still, the four horsemen of discount grew fast and fastidiously, led by Kmart which had 162 stores by 1966. Target founded its in-house advertising team in 1968, a celebrated department that’s still in operation. By 1970, Wal-Mart was a publicly traded company, splitting its stock for the first time the next year.

“This was the dawning of a new kind of consumer economy,” Fishman said. “It changed how we think about shopping and the way we live.”

What’s remarkable about Wal-Mart and Target is not so much their 80 percent overlap as their 20 percent differentiation. They may offer the same discounts, but they have a very different sales pitch. Target — with its danceable ads, creative collaborations and in-store Starbucks — makes no apologies for actively seeking the upscale shopper, differentiating itself with design.

“When you look at Kmart or Wal-Mart, they had licensing agreements with Mary-Kate and Ashley Olsen or Jaclyn Smith,” Rowley said. “Jaclyn Smith is an actress, not a designer. Target chose Michael Graves, one of the most respected architects in the country, to design his own line of products. From there, they went forward to Isaac Mizrahi. They were the very first to do that.”

“From a societal perspective, it used to be that design was the focus of the affluent,” said Barbara Kahn, professor of marketing at the University of Pennsylvania’s Wharton School of Business. “But having design at Target suggests that design can be had by people who desire it at any price point.”

Except those who really can’t afford it. At a news conference earlier this month in New York, executives announced that they’re investing in mobile technologies for their smartphone-wielding customers. They’re shunning holiday layaway. “Our guests have not asked us for it,” Target chief executive Gregg Steinhafel said. Layaway is “just not one of those things that is on their radar.”

That’s why there’s a Wal-Mart down the street.

Ralph and Betty McDonald remember life before the box stores — but just barely. The couple moved to Fairfax 60 years ago, before Kmart, Wal-Mart and all the others came to their nonexistent neighborhood.

“There was nothing here. Nothing! No crowds,” said Betty, 78, while browsing for cakes in the bakery freezer at Wal-Mart. “I don’t even remember how long this Wal-Mart’s been here.”

The McDonalds visit Wal-Mart a few times each week, for the cakes, the necessities, the bananas selling at 44 cents a pound.

“We come here just to look around,” Ralph, 81, said, pushing the bright blue shopping cart. “Everything is so convenient now. It’s only five minutes from our house.”

Wal-Mart didn’t create the suburbs, but it did help build them. Convenience kept customers loyal, because, well, Wal-Mart was there first. (It’s also ubiquitous: Wal-Mart has 3,942 stores in the United States, whereas Target has 1,770. There are 140 million Americans who shop at Wal-Mart every week, more people than voted in the past presidential election.)

This Wal-Mart in Fairfax is a gleaming heap of pale concrete stuffed with groceries, housewares and Hello Kitty paraphernalia, a mecca of one-stop shopping. With walls swathed in cheery Wal-Mart blue and signs welcoming you to “Save Even More,” you can find 160,000 stock-keeping units, or SKUs, of stuff — the average product count at any given Super Wal-Mart.

“Pile them high and watch them fly. That was Sam’s motto,” Dranow said.

Walton was clearly onto something.

“Wal-Mart is operational excellence,” Khan said. “They’ve always prioritized efficiency and bringing down cost. They’re the ones who came in with the notion of everyday low price.”

“Wal-Mart was a huge force in teaching Americans that what mattered was price, regardless of quality,” Fishman said. “Wal-Mart didn’t create the disposable society in America, but they reinforced the idea that quality is irrelevant so long as you’re getting a great price.”

And Wal-Mart has always been masterful at reflecting the lifestyles of the people who live near its stores. So a Northern Virginia Wal-Mart will feel different from the ones in the swamplands or the desert. And the five Wal-Marts slated to enter the District beginning in 2013 will likely look different than this one just outside the Beltway, which seems bright and peppy, perhaps a bit like . . . Target?

And thus, the Wal-Mart/Target wars wage on, dividing while singing a similar jingle: Expect More. Live Better. Pay less. Save Money. Always low prices for everyone on everything.

Except the folks who need layaway. They’ll just have to go to Wal-Mart.

Purchase one of our corporate logo flags (The US flag with corporate logos in place of stars), to demonstrate your opposition to corporate personhood and help spread awareness.

Reclaim Democracy! is dedicated to restoring democratic authority over corporations, reviving grassroots democracy, and establishing appropriate limits on corporate influence. We work for systemic change, instead of reacting to corporate agendas. More about us.

“Small scale is critical to local life, to the ability of local people to control what happens where they live.”
-Paul Weyrich