Each year, lawyers representing the Republican and Democratic Parties’ presidential nominees meet to detail how their televised debates will proceed. We say their because the Commission on Presidential Debates, despite its official-sounding name, was created and is controlled by those two parties.

Thanks to an insider leaking the 2012 agreement, we see once again the degree to which the candidates themselves control nearly every detail to avoid any hint of spontaneity or unpredictability. Some of the dictates, such as describing camera angles and details of stools, come across as harmless control freak obsessions. But read closer, and one can see a large part of the purpose is to ensure the CPD events resemble joint campaign appearances, not real debates. As CBS journalist Dan Rather said, “This will not be a debate in the sense the word is often used in the English language because all of this is so tightly controlled by the candidates themselves and their managers.”

Among the terms dictated by the nominees and executed (to the degree they can control) by the Obama and Romney campaigns in 2012:

Re: the “town-hall” style debate

Note this extreme level of control is what led the League of Women Voters to walk away from sponsoring the debates in 1988.

When the campaigns of George H. W. Bush and Michael Dukakis handed the League their privately negotiated memorandum of understanding, the League’s trustees voted unanimously to pull out of the debates and issued perhaps the harshest press release in its history, stating:

“… the demands of the two campaign organizations would perpetrate a fraud on the American voter. It has become clear to us that the candidates’ organizations aim to add debates to their list of campaign-trail charades devoid of substance, spontaneity and answers to tough questions. The League has no intention of becoming an accessory to the hoodwinking of the American public.”

The CPD has controlled every nationally televised debate since and likely will do so until enough citizens demand this essential function be controlled by an independent and non-partisan body.

Go to overview of the presidential debates, the need for reform, and resources 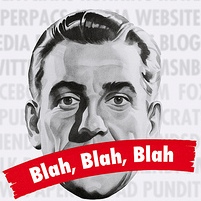 One of our board members debated an apologist for the Commission on Presidential Debates on Canada’s most popular radio show (2.5 million listeners) this morning. (The debate starts at 3:29 in the audio below.)

No doubt there are many days when editors, even at the largest news outlets, have too many articles to read thoroughly and let a mistake slip through. Perhaps even a serious mistake like that made last Monday in the New York Times.

Only this was on the front page. And instead of correcting obviously bad reporting, the Times’ national news editor doubled down and claimed he has no responsibility to distinguish fact from fiction.

Here’s the scenario. National reporter Ethan Bronner wrote “A Tight Election May Be Tangled in Legal Battles,” (free sub. required) a story reporting on allegations of voter fraud and disenfranchisement. Well, reporting may be an overstatement. In classic “he said, she said” style, Bronner noted that some groups are concerned about voter fraud while others are concerned about voters being unable to vote due to restrictive new ID requirements. No attempt was made to weigh the relative credibility of the claims he portrayed.

Of course, it’s been well-documented that in-person voter fraud has been nearly non-existent in the U.S., while mail-in fraud, among others, is more common.

It also is well-documented that several new state Voter ID laws will render millions of Americans unable to vote without spending time and money (even if there is no fee for the actual ID), in many cases, lots of time and money to obtain “official” voter ID. Inarguably, the only kind of voter fraud could prevent is in-person fraud.

Of course, more than a few people complained to the Times, prompting their Public Editor, Margaret Sullivan, to run a follow-up column online, He Said, She Said, and the Truth. Most readers probably expected a “sorry, we’ll do better next time” mea culpa. Instead, the national editor, Sam Sifton, rejected the argument and defended his role as a stenographer.

“It’s not our job to litigate it in the paper,” Mr. Sifton said. “We need to state what each side says.”

The Times response to a national editor declaring himself unwilling to do his job will be telling.

Update: hundred of readers have excoriated Mr. Sifton and Ms. Sullivan in the comments section of the public editor’s column. Ms. Sullivan’s contact information is included with her column.