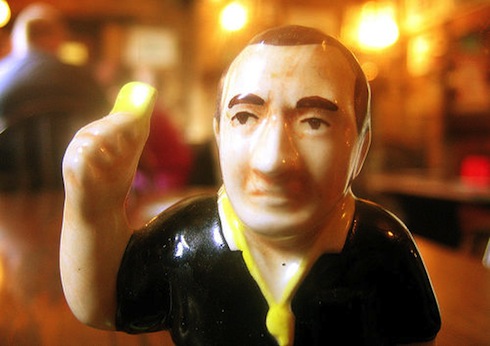 “If liberty means anything at all, it means the right to tell people what they do not want to hear.”  -George Orwell

There has been a steady stream of so-called whistleblowers since 1863, when the United States False Claims Act was enacted to protect the public interest from fraud by corporate government contractors during the Civil War. The sports-oriented term “whistleblower” was coined in the 1970s by civic activist Ralph Nader, expressly to combat the negative connotations terms like “informer” or “snitch” lend to those who won’t go with the flow of corruption. Today, few conscious citizens would argue against the need for whistleblowers, and the need to protect them from the many forms of reprisals that often come their way.

Barack Obama’s election in 2008 gave hope of reform from the dark days of the Bush II presidency, when W threatened to veto enhanced whistleblower legislation due to, you guessed it, “concerns for national security.” And indeed Obama came in talking a good game: “Often the best source of information about waste, fraud, and abuse in government is an existing government employee committed to public integrity and willing to speak out,” the president-elect cooed to his base. “Such acts of courage and patriotism, which can sometimes save lives and often save taxpayer dollars, should be encouraged rather than stifled.”

Ironically, Obama has instead attained notoriety through a heightened rate of whistleblower persecution. According to the April 15, 2013 edition of The Nation magazine, “Since 2009, it (the Obama administration) has employed the World War One-era Espionage Act a record six times to prosecute government officials suspected of leaking classified information.” Oops, make that seven, with the charges filed in April against Navy linguist James Hitselberger. That is more than twice the total number of Espionage Act indictments filed under all other presidents combined. Especially troubling is that these charges – carrying “enemy of the state” consequences of decades in prison – have been brought not against dangerous spies as the Act originally intended, but against government employees for disclosing official misdeeds to journalists. Not only are the messengers being shot but also journalists responsible for relaying vital information about wrongdoing to the public are being effectively iced as their sources fearfully dry up.

In the war on whistleblowers, we end up living in ignorance of what our government does overseas (in our names) or domestically (with our names). Since the attacks of 9/11 and the invasion of Iraq, a veil of secrecy has fallen over the “defense” needs of the country, including: steadily increased drone attacks; targeted killings at presidential whim; indefinite detentions and torture; the developing field of cyber-warfare, and warrantless wiretapping. Lest we forget, more than ten years into the War on Terror, we citizens still have no idea to what extent our government spies on us.

In Bluffdale, Utah – a town the size of Socorro, New Mexico – the National Security Agency, responsible for the collection and analysis of foreign communications, is now building the one million square-foot Utah Data Center. According to James Bamford, who published his first of five books about the NSA in 1982, the data center will be able to eavesdrop on “all forms of communication, including the complete contents of private emails, cell phone calls, and Internet searches, as well as all sorts of personal data trails—parking receipts, travel itineraries, bookstore purchases, and other digital ‘pocket litter’.” But the exact mission of the Utah Data Center remains secret. (Bamford has been threatened with prosecution for writing about the National Security Administration.)

Today former high-ranking NSA officials Kirk Wiebe, William Binney, Ed Loomis, and Thomas A. Drake, are sounding the alarm about a rogue national security state operating at wasteful expense and without effective oversight. The so-called NSA Four are all victims of years of government harassment designed to punish them for reporting massive waste and citizen privacy issues connected to a subsequently aborted intelligence gathering program called Trailblazer. In 2010 Drake became an Espionage Act defendant and in 2011 he was cleared of those charges, with the judge calling his prosecution “unconscionable.” What is also unconscionable is that after all the harassment whistleblowers have suffered at the hands of the Justice Department, the real perpetrators – of fraud, corruption, waste, and probable violations of Fourth Amendment privacy rights – skip away scot free.

We are becoming, or have become, the kind of society we Americans used to scoff at – in which the government knows everything about the people’s activities but the people know nothing about those of the government. Since the National Security Agency insists on absolute secrecy, starting with who gets to decide what’s secret, we the people need to educate ourselves. The Government Accountability Project has been instrumental in advising and providing legal defense for whistleblowers. The GAP website offers information on whistleblower protection and on a new film by Robert Greenwald entitled War On Whistleblowers: Free Speech and the Security State.

Dave Wheelock is a member of the Oneida Nation who coaches rugby and directs collegiate sports at the New Mexico Institute of Mining and Technology. Contact him at davewheelock@yahoo.com.