Reclaim Democracy is among 18 groups that called on the Commission on Presidential Debates (CPD) to release the secret debate contract negotiated between the Republican and Democratic presidential candidates.

Spearheaded by Open Debates, the call also is endorsed by Common Cause, Judicial Watch, FairVote, Demos, League of Rural Voters, Rock the Vote and others. 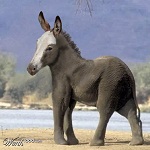 In a press release, Open Debates reported: “Robert F. Bauer of the Obama campaign and Benjamin L. Ginsberg of the Romney campaign negotiated a detailed contract that dictates many of the terms of the 2012 presidential debates, including how the format will be structured. The Commission on Presidential Debates, a private corporation created by and for the Republican and Democratic parties, agreed to implement the debate contract. In order to shield the major party candidates from criticism, the Commission on Presidential Debates is concealing the contract from the public and the press.”

The contract still may be under negotiation.

Philips Electronics recently became the third entity to drop sponsorship of the debates in the face of criticism for its deliberate exclusion of all but Democratic and Republican candidates and its ongoing neglect of critical issues — especially those on which the
two dominant parties are united (at least in their disinterest to address the topic).

Mark A. Stephenson, the head of corporate communications at Philips North America, said, “We respect all points of view and, as a result, want to ensure that Philips doesn’t provide even the slightest appearance of supporting partisan politics. As such, no company funds have been or will be used to support the Commission on Presidential Debates.”

The news was applauded by advocates of independent, non-partisan debates and by former New Mexico Governor, Gary Johnson, the Libertarian candidate for President. Johnson, the highest polling “third party” candidate thus far in 2012,  recently sued the CPD for what his campaign calls illegal election activity.

Green Party presidential candidate Jill Stein also appears on enough state ballots to win the electoral college votes necessary to win the election, but the CPD creates qualification criteria that has excluded all third party or independent candidates from the debates since 1996.

This year, the CPD provided candidates a list of debate topics ahead of time — an unprecedented step that ensures even less opportunity for voters to see candidates thinking and responding, as opposed to recalling and reciting.

Voters of every ideology lose when our choices are dictated by the two dominant parties. Reclaim Democracy has long called for ousting the bi-partisan CPD in favor of a non-partisan and independent Citizens Debate Commission. For a more detailed account of the problems with the CPD and the need for democratic debates, see our past commentaries, such as Replace Bi-partisan Shows With Real Debates or visit the Open Debates website.

Please help persuade more sponsors to withdraw their support of the CPD.  Contact one or more of following companies and foundations and express your desire for them to withdraw sponsorship.

Crowell & Moring LLP
The Chairman is Kent A. Gardiner: kgardiner@crowell.com

The Howard G. Buffet Foundation, Omaha, NE
Contact form: http://thehowardgbuffettfoundation.org/media/media-relations
Since the Buffet Foundation says its primary mission is to improve the standard of living and quality of life for the world’s most impoverished and marginalized populations, you might ask them to consider this chart.

Go to overview of the presidential debates and the need for reform.