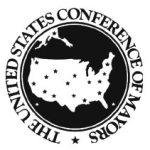 Establish As A Position Of The United States Conference Of Mayors That Corporations Should Not Receive The Same Legal Rights As Natural Persons Do, That Money Is Not Speech And That Independent Expenditures Should Be Regulated

WHEREAS, the United States Constitution and the Bill of Rights are intended to protect the rights of individual human beings also known as “natural persons”; and

WHEREAS, corporations can and do make important contributions to our society, but the United States Conference of Mayors does not consider them natural persons; and

WHEREAS, the right to free speech is a fundamental freedom and unalienable right and free and fair elections are essential to democracy and effective self-governance; and

WHEREAS, United States Supreme Court Justice Hugo Black in a 1938 opinion stated, “I do not believe the word ‘person’ in the Fourteenth Amendment includes corporations”; and

WHEREAS, the United States Supreme Court held in Buckley v. Valeo (1976) that the appearance of corruption justified limits on contribution to candidates, but rejected other fundamental interests that the United States Conference of Mayors finds compelling such as creating a level playing field and ensuring that all citizens, regardless of wealth, have an opportunity to have their political views heard; and

WHEREAS, the United States Supreme Court in Buckley overturned limits on independent expenditures because it found that the corruption or perception of corruption rationale was only applicable to direct contributions to candidates; and,

WHEREAS, United States Supreme Court Justice John Paul Stevens observed in Nixon v. Shrink Missouri Government PAC (2000) that “money is property, it is not speech,”; and

WHEREAS, the United States Supreme Court recognized in Austin v. Michigan Chamber of Commerce (1990) the threat to a republican form of government posed by “the corrosive and distorting effects of immense aggregations of wealth that are accumulated with the help of the corporate form and that have little or no correlation to the public’s support for the corporations political ideas” and upheld limits on independent expenditures by corporations; and

WHEREAS, prior to Citizens United decision unlimited independent campaign expenditures could be made by individuals and associations, though such committees operated under federal contribution limits; and,

WHEREAS, given that the Citizens United decision “rejected the argument that political speech of corporations or other associations should be treated differently” because the First Amendment “generally prohibits the suppression of political speech based on the speaker’s identity,” there is a need to broaden the corruption rationale for campaign finance reform to facilitate regulation of independent expenditures regardless of the source of the money for this spending, for or against a candidate; and

WHEREAS, the opinion of the four dissenting justices in Citizens United noted that corporations have special advantages not enjoyed by natural persons, such as limited liability, perpetual life, and favorable treatment of the accumulation and distribution of assets; and

WHEREAS, corporations are legally required to put profits for shareholders ahead of concerns for the greatest good of society while individual shareholders as natural persons balance their narrow self-interest and broader public interest when making political decisions; and

WHEREAS, addressing both the Citizens United decision, and corporate personhood is necessary; and

WHEREAS, the City Councils of Missoula, Montana; Boulder, Colorado; and Madison, Wisconsin have referred the issue of corporate personhood to their communities for advisory vote.

NOW, THEREFORE, BE IT RESOLVED that it is the position of the United States Conference of Mayors that corporations should not receive the same legal rights as individual human beings (also known as “natural persons”) do; and

BE IT FURTHER RESOLVED that the United States Conference of Mayors also determines that the most urgent action needed is to reverse the impacts of United States Supreme Court Citizens United (2010) decision and the door it opens for unlimited independent campaign expenditures by corporations that contributes to the undermining impacts that “corporate personhood” has on free and fair elections and effective self-governance; and

BE IT FURTHER RESOLVED that the United States Conference of Mayors calls on other communities and jurisdictions and organizations like National League of Cities to join with us in this action by passing similar Resolutions.