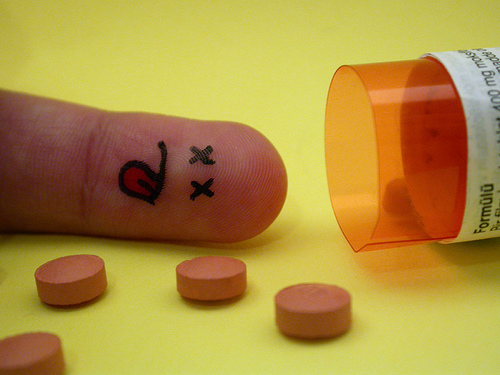 Among the many awful consequences of  many essential pharmaceuticals being priced beyond the reach of those who need them is the proliferation of fake drugs. While some counterfeit drugs are  manufactured by unauthorized producers and simply flout patent law, less scrupulous people are making pills or serums with no active ingredients or even toxic substances.

It’s a deadly problem in need of solutions, so it’s unsurprising the New York Times devoted a recent editorial to “The Problem of Fake and Useless Drugs.”But while the Times editors called for several sensible measures, they did readers a huge disservice by neglecting to mention the primary reason why fake drugs are so prevalent: federal actions that ban market competition, creating artificially high prices that are unaffordable to many who need them.

First, our patent laws grant pharmaceutical corporations long monopolies on essential drugs — even though a majority of the most medically-significant drugs derive from taxpayer-funded research (a situation we described a decade ago, but continues today). These exclusive patents enable companies to charge prices unrelated to costs of research and development or production. *

To make matters worse, federal laws ban importation of drugs or even re-importation of genuine drugs manufactured here. Under the guise of protecting consumers from counterfeit drugs, such laws enable gouging that forces us to regularly pay double or triple the price people pay for identical drugs in other nations, driving the demand for cheap counterfeits.

Of course, when privately-funded research yields an important new drug, the creators should be able to reap significant rewards in order to create strong incentives for real research and development. The trouble is, our present patent system rewards political power above innovation.

And when drugs are developed with publicly-funded research, we should contract private companies to produce them at a fair profit, not give away rights to valuable public property.

We’ve been thrilled to see the Times editors call for amending the Constitution twice in recent months to revoke the runaway political power of corporations, in recent months. This excessive power over agencies that purportedly serve the public underlies the tragedy of fraudulent drugs and the lives they claim.

The  arguments by the NY Times editors, and those made by all who call to revoke corporate personhood, will possess more power if they make such real-life impacts clear.

* See, for example, the current controversy over the AIDS drug Norvir.

Sources for further reading on this topic: