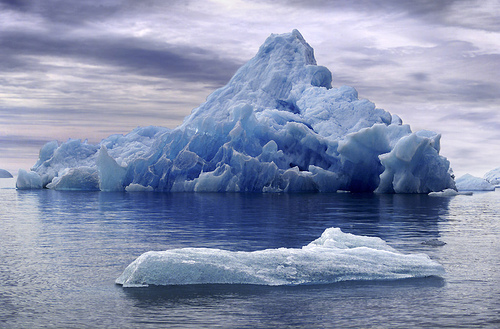 It’s been three years since the Supreme Court issued its outrageous decision in Citizens United vs. FEC, overturning the flimsy campaign finance protections afforded under McCain-Feingold law. The case opened the floodgates to billions of dollars perverting our elections, much of it completely unreported, and some amount even coming from foreign corporations and governments. The Court literally legalized bribery, and wealthy individuals and special interests took full advantage of it.

As shameful as that decision is, we must confront the sobering reality that it is only the tip of the iceberg. A small ruling elite (often succinctly described as the 1%) have stolen control of the country, and they are ruling over us. They use the façade of elections to legitimize the theft. And even when decent legislation is enacted, they use the Courts to overturn those laws. Citizens United vs. FEC is merely a deepening of the crisis of corporate rule.

At the crux of the crisis are two core legal doctrines. One is “corporate personhood,” a court-created precedent that illegitimately gives corporations rights that were intended for human beings. The other is “money equals free speech.”

An amendment to the US Constitution is the only lasting solution to this problem. The only amendment worth fighting for MUST address both doctrines. As a quick refresher, here is are some examples of we must abolish ALL corporate constitutional rights:

1st Amendment Free Speech rights. Corporations use these rights, meant to protect human beings from the power of the state, to influence elections through political “contributions” (more like “investments”); to advertise for guns, tobacco and other dangerous products over the objections of communities; to avoid having to label genetically modified foods or food laced with hormones.

4th Amendment Search and Seizure rights. Corporations have used these rights to avoid subpoenas for unlawful trade and price fixing, and to prevent citizens, communities and regulatory agencies from stopping corporate pollution and other assaults on people and communities.

5th Amendment Takings, Double Jeopardy and Due Process corporate rights. Corporations must be compensated for property value lost (e.g. future profits) when regulations are established to protect homeowners or communities. Corporations cannot be retried after a judgment of acquittal in court. The granting of property to a corporation by a public official cannot be unilaterally revoked by a subsequent public official or Act of Congress.

14th Amendment Due Process and Equal Protection corporate rights. These rights, originally enacted to guarantee equal protection for African Americans, were gradually extended to corporations by the courts. Corporations have used these rights to build chain stores and erect cell towers against the will of communities; oppose tax and other public policies supporting local businesses over multinational corporations; and resist democratic efforts to prevent corporate mergers and revoke corporate charters through citizen initiatives.

Commerce Clause-related corporate rights. Corporations have used this section of the Constitution (Art 1, Sec 8) to ship toxic waste from one state to another over the “health, safety, and welfare” objections of communities – claiming the waste isn’t actually “waste” but “commerce.”

Contracts Clause-related corporate rights. The Supreme Court ruled in Dartmouth vs. Woodward (1819) that a corporation is as a party in a private contract based on the Contracts Clause (Art 1, Sec 10) rather than being a creature of public law. Even though the state creates a corporation when it issues a charter, that state is not sovereign over the charter, merely a party to the contract. Thus, corporations became “private contracts” with the state and, therefore, shielded from many forms of control by We the People.

Since the problem of corporate constitutional rights is multidimensional, the solution must be comprehensive.

One hundred and sixty years ago, those who believed the section of the Constitution (Art 4, Sec 2) defining people as property (slavery) was fundamentally immoral didn’t call for ending one or two dimensions of slavery. They didn’t organize to establish legislation through Congress, or a Slavery Protection Agency, nor ask slaveholders to sign a voluntary code of conduct to treat slaves a little less harshly. They called for abolition of the institution of slavery.

And today, the Move To Amend coalition suggests that we should not limit our vision and actions. Yes corporate money in elections is a problem. So let’s make sure our solution actually gets to the root causes.

Let’s set out to amend the constitution in a way that abolishes all rights wrongly granted to the corporate form over the last two centuries. Let’s put an end to the institution of corporate constitutional rights itself.

Nothing less is worth the considerable time and learning, grit and energy, required to amend the Constitution.

Why not make the result worth the effort?

Kaitlin Sopoci-Belknap serves on the Executive Committee Move to Amend. She is Field Organizing Coordinator for the campaign.