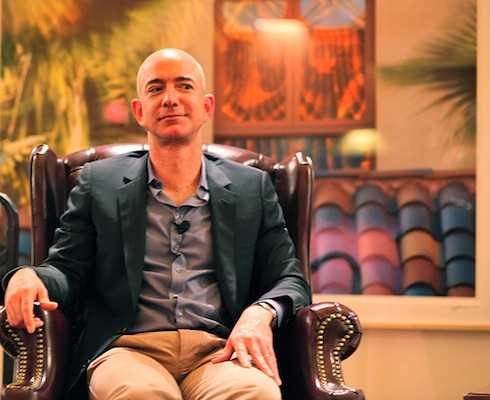 Amazon has built its empire on the legitimate advantages it has over retail shopping: an endless range of products at steep discount, personalized recommendations, and stunningly good customer service. It has also benefited from one enormously unfair advantage over its bricks-and-mortar competitors: It doesn’t have to charge sales tax. Depending on where you live in the United States, this can save you nearly 10 percent on purchases—making it foolish not to buy online when you have the choice.

Twenty years after Amazon was founded, Congress is finally addressing this loophole with a bill that would allow states to require e-tailers to collect tax. What’s interesting about this is not the substantive debate around the Marketplace Fairness Act of 2013, which is expected to pass the Senate next week. There really isn’t any: Even Amazon concedes in principle that the playing field ought to be leveled. What’s interesting is what the delay tells us about a political system so compromised and sclerotic that it can’t correct even the most straightforward economic unfairness in a timely fashion.

Cyberbusinesses have been able to avoid collecting sales tax based on state laws dating from the era when shopping locally was the norm. Companies without a “physical presence” in a state didn’t have to charge tax if they shipped goods from elsewhere. Instead, it was up to customers to pay equivalent “use taxes” on their purchases. In practice, few customers have ever been scrupulous enough to do so, giving the lie to the commonplace that the American tax system, unlike that of Greece, works on the basis of “voluntary compliance.” In the case of sales taxes, states have no mechanism to track dodgers, so no one pays.

As its business expanded, Amazon’s CEO Jeff Bezos treated this anomaly as an inherited right and deployed the classic techniques of rent-seeking to protect his advantage. He spent millions of dollars per year on lobbyists, deployed an army of lawyers, and cultivated political allies with large campaign contributions. Diffuse and vulnerable, the mom-and-pop shops disrupted by Amazon lacked the capacity to make their case effectively. Nor was there any customer constituency for tax collection, even though the same consumers paid indirectly through diminished public services.

At the state level, Amazon became a litigious bully, an instance of the modern corporation powerful enough to dictate terms to impoverished sovereigns. When challenged over the collection of taxes, it warned that it could take thousands of jobs elsewhere. As California teetered near bankruptcy a few years ago, Amazon cut ties with local affiliates and threatened to fund a public referendum to overturn the legislature’s decision to make it pay tax. Its strategy devolved into simply delaying the inevitable for as long as possible. When a state looked likely to win in court, Amazon would negotiate and agree to collect taxes, provided that it didn’t have to start for a few more years.

In this cynical game, Amazon has been able to count on the connivance of congressional Republicans who stand for the proposition that representation without taxation is liberty. A principled conservative believes that taxes should be low, consistent, and fair. An American Republican, by contrast, acts out of the belief that both taxation and the effective collection of revenues are government abuses. This ideology is codified in the anti-tax pledge most of the GOP has signed for the libertarian commissar Grover Norquist, whose organization Americans for Tax Reform leads the opposition to taxing e-purchases.

This anti-tax ideology grabs for any argument at hand. In the old days, it was that taxing e-commerce would kill the just-aborning Golden Goose of the Internet. More paranoid elements on the right suggest that allowing states to collect sales taxes was a step on the road to a national value-added tax. Others assert that compliance counts as too much of a burden on small business, which could be victimized by endless state-level tax audits. In fact, proposed legislation has always envisioned an exception for merchants who sell less than $1 million a year in goods. In the past, Amazon’s lobbyists have worked to make the proposed threshold lower, in order to give validity to the argument that compliance would be a burden.

What has now changed? Essentially, Amazon has become so dominant that it no longer cares to fight, leaving its worn-out briefs to eBay and Overstock.com. It has played out the clock longer than it dared hope and would now like to be able to build warehouses everywhere without doing state-by-state battle over its “physical presence.” In other words, this is not a case of Congress finally choosing to act. It’s a case of the owners finally giving it permission to do so.

A different version of this piece appears in the Financial Times.